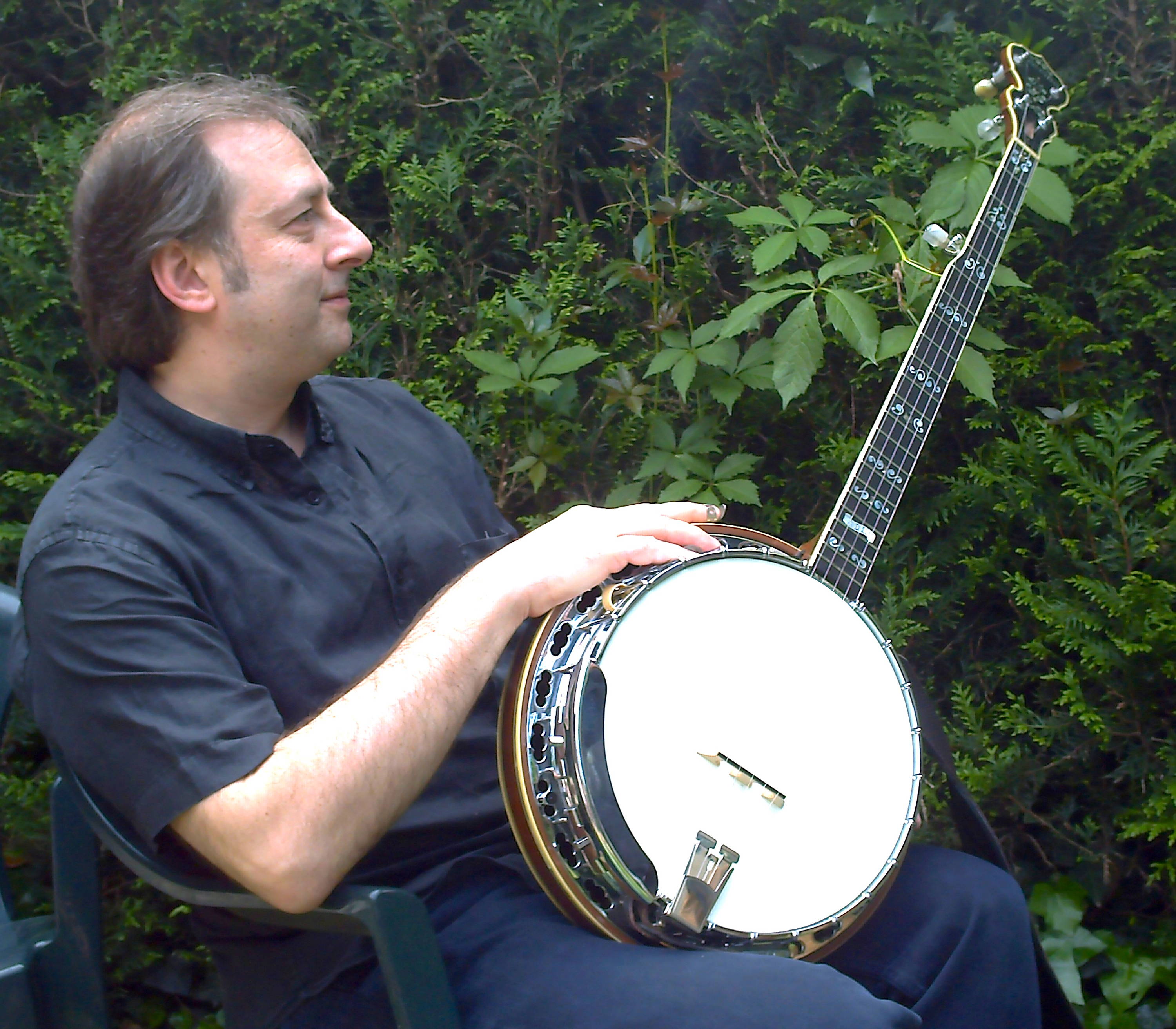 Banjo: All levels and styles

​Claudio Parravicini was born in Seregno, Italy in 1967. He began playing the banjo at the age of 16 and soon gained popularity on the Italian bluegrass scene. In the 90s, The Bluegrass Music Association of Italy (BMAI) named Claudio "Best Italian Banjo Player" and he soon became well-known throughout Europe, performing in Switzerland, Germany, England, and Wales as well as in Japan and the USA.

While deepening his association with the banjo, Claudio also studied the French horn, his other musical passion, and in 1995 he garnered a music degree from the G. B. Martini Conservatory in Bologna. Always searching for new musical styles, Claudio was drawn to Latin jazz and was influenced by artists like Arturo Sandoval and Michel Camilo. Together with guitarist Rudolf Minuto, he blended his experience in Latin jazz to form the Chiaroscuro Duo.

Claudio plays a variety of music styles with several other groups, including: classical, bluegrass, tango and jazz with classical violinist, Fabrizio Lops in a duo called Novecorde (Ninestrings); Latin jazz with guitarist Marco Naclerio in an acoustic duo called Double Jeu, and country music in the Hot Reins Country Band. Other musical collaborations include metal rock with Santajegorah, jazz with The Cent Co Syndicate, and playing backup for Italian singer, Fiorella Mannoia.

At this writing, Claudio's primary musical interests are in arranging and adapting complex classical pieces for the 5- string banjo and in teaching, recording and giving live performances.